How to Pick a Team in NBA2K 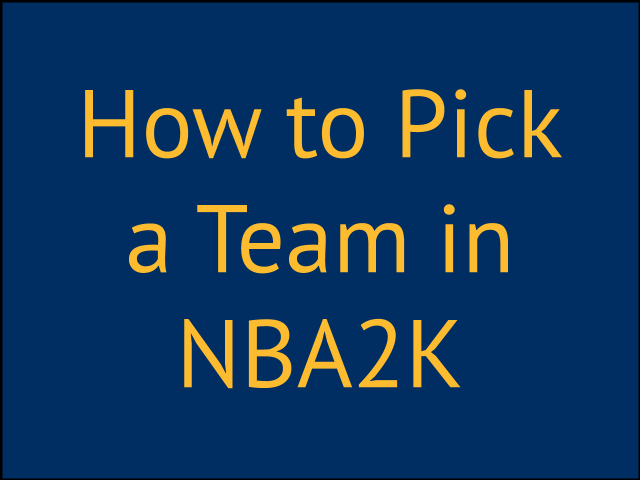 It's my belief that in order to become a hall of fame level player in NBA2K, you need to pick one team, use it all of the time and make it your mission to master every player on that team's roster. Picking a team to use is the first challenge that many people face so here are a few ideas on how to pick the right team for your own personal hall of fame project.

Choosing A Team Based On Your Skill Level 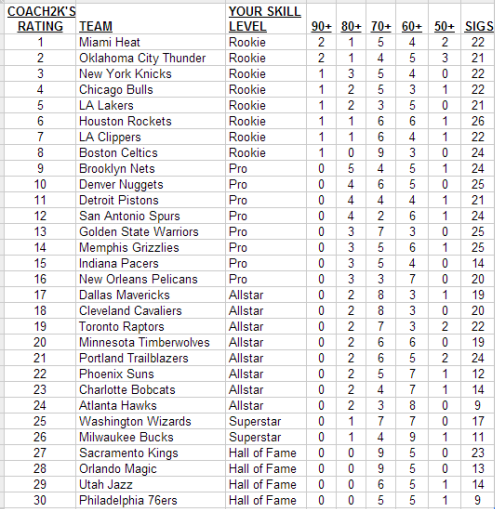 Once I've got the teams ranked, my rationale works like this. Setting aside signature skills, teams with a collection of guys rated over 90+ and 80+ are going to be easier to use than teams that don't have anyone over 80 or 90 on the team. I consider teams that have a bunch of guys rated high easier to use. On the chart, I listed a current skill level as well. You'll notice that teams like the Heat and the Thunder are teams I consider to be more appropriate for players who might be rookies to the game while teams like the 76ers and the Jazz, I think you would need to be a hall of fame level player to win with them.

Versus the CPU, and for the purposes of the hall of fame project, a chart like this also will tell you how hard it's going to be win with that team on hall of fame level difficulty. The father down the list you pick your team, the more challenging it will be to compete and win on hall of fame level and you'll have to game plan and execute at a high level.

When we start playing the hall of fame CPU, we will use this chart again and start playing versus the worst teams in the league and work our way up the team difficulty chart, like a ladder, knocking off one team and moving up one rung of the ladder at a time.

As a final note, when it comes to team selection, I've played a lot of guys that "switch" teams for whatever reason. What I've noticed is that for the most part that they play the same way with all of them. It's more a matter if the team they play matches their play style how well they do. In my case, I'm a natural chucker. I like to shoot the ball so I'll do better with a team that shoots threes than one that can't. But if you put me on another team, there won't be much difference in how I play and that's what I've noticed about most people who change around. Play style is pretty constant and success depends on how well the team adapts to what they normally do anyway. And that's all the more reason to stick with one team and master it.

Ultimately, I don't think it matters what team you choose, I think you can win with all of them once you get good enough. What matters more is you pick one and get to work mastering it.