How To Set Up NBA2K For The Hall Of Fame Project 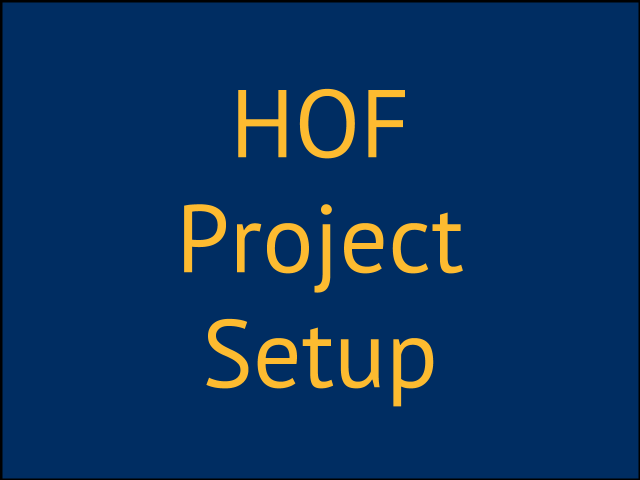 My son and I go to a nearby park to practice basketball all of the time. Often when we get there, the goals have been adjusted. Sometimes they are at 8 feet, sometimes 9 feet and sometimes they are even over 10 feet slightly. When we get to the park, we always adjust the goal to 10 feet. We call this process setting up the court to hall of fame difficulty. 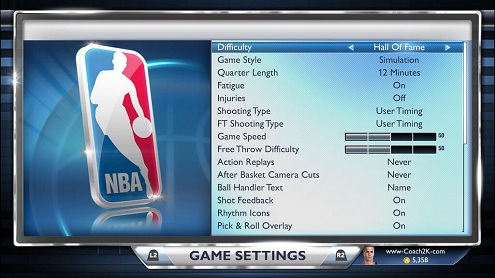 It may not seem like a big deal but if my son practiced on an 8 foot goal all of the time, he's not going to be prepared to shoot on a 10 foot goal in a real game. It's important for him to prepare for real games on the same height goal he will shoot on in a real game.

NBA2K is pretty much the same. If you want to be a hall of fame level player, then you have to practice on those settings. What you want is consistency from mode to mode so that when you play a game, everything is essentially set to 10 feet.


Here are the things I adjust when I get the game for the first time.


As far as coach settings, you can have success running these completely on auto versus the hall of fame CPU. Often, you'll find the need to change a few of them. 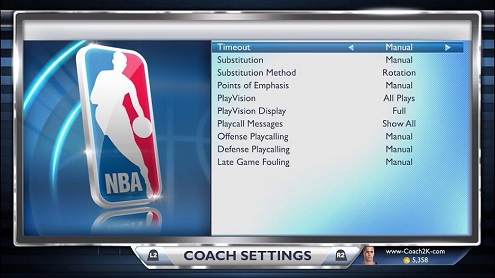 Here's a breakdown of what I do:


I always use the same camera view in every mode I play. I would recommend this as well. This will help you have the same view on all shot releases. 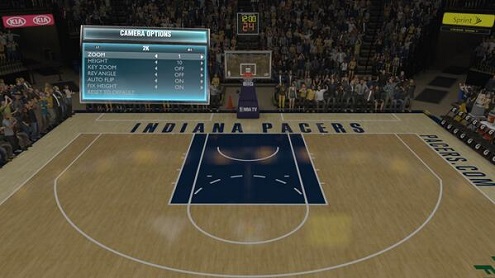 I prefer the 2K view when I play, but many good players I know play on broadcast. It's more important to use the same view across all modes that you prefer than to use the view that I do.


Finally, A Word About Customized Rosters


There are some good roster sets out there. And often the game plays better with those rosters. I'm not opposed to using customized rosters (nor sliders for that matter), except for the sake of consistency. While I might prefer a customized roster, since it's different from the one I would have to use online if I play other users, it's an adjustment I don't want to have to make. For that reason, I use the official NBA2K rosters for all hall of fame game play.

What I'm after is a consistent, hall of fame level set up across every game mode and one you should strive for as well since you should want to represent your team both online versus users and offline versus the CPU.