Home Articles Should The Pacers Get Rid Of Lance?

Should The Pacers Get Rid Of Lance? 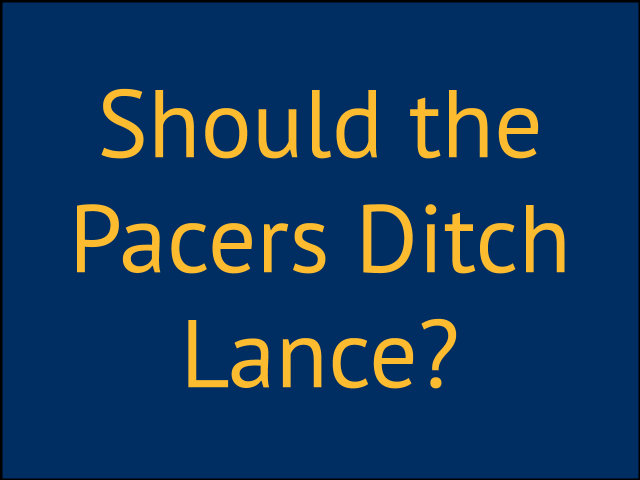 During the 2014 playoffs, much was made about the Lance Stephenson show. Many in the media as well as fans in Indiana questioned whether Lance is someone that Indiana should re-sign because of these antics. I thought I would weigh in on this question. My personal opinion is that the Pacers should indeed re-sign Lance if they can afford him after he tests the free agent waters. Lance after all, led the league in triple doubles this year. 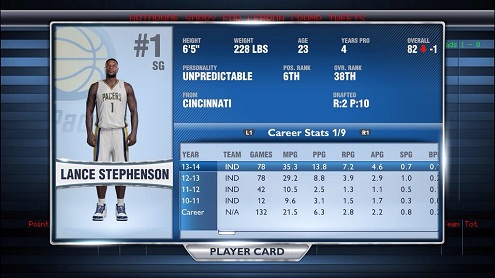 The reason I feel this way is because I think that the fans here in Indiana underestimate just how hard it is to get to the conference finals and overestimate how easy it is to draw free agents to Indiana.

What Lance did in the playoffs this year, while it could be argued is a disgrace to the game, was actually pretty harmless. With the exception of his foul to the forehead of one of the Heat players, most of this was mental games.

Contrast that to things I've witnessed in prior Indiana-Miami playoffs:


I don't recall anyone saying that Wade should leave Miami after his incidents. I don't recall anyone suggesting that Haslem leave the Heat. And everyone knew that Pittman went after Lance for Lebron probably at the blessing of his team and I think in addition to the penalties he got, the team should have been fined.

All three of these incidents weren't even basketball plays and yet could have done some real harm to the players involved and I also didn't hear that it was a disgrace to the game except from maybe the guys on TNT the night it happened.

Why is it that if an Indiana Pacer player acts up, they have to immediately start thinking about moving that player?

The answer is, they don't.

The only people that think they do are the reporters in the media and those in the larger markets whose mission seems to be to always talk talent out of small markets into the larger markets - one way or the other. Especially when teams like LA, Boston and New York didn't even make the playoffs.

And while I love Jeff VanGundy as a coach, he almost always recommends physical retribution suggesting that when Lance went into an informal huddle - which wasn't even a formal timeout - that strong force be used to remove him. So it seems hypocritical to want to get rid of Lance for sticking his hand in Lebron's face after Lebron basically did the same thing on Lance's jump shot on the other end.

That being said, once the Pacers have talented players in Indiana, it's pretty important that they work to keep them.

When you look at the Pacers potential, getting the conference finals is the ceiling in my opinion. It's almost as good as a championship. While I and those fans in Indiana would love a championship, it's also important to realize that whenever we get to the conference finals, there's most likely going to be one of the best players in the world on the other team. I'm referring to Lebron now and Michael Jordan in the 90's.

The Heat team that beat Indiana had three hall of famers on it in James, Wade and Allen. How many did Indiana have?

Supreme superstars like those just don't come to Indiana through free agency. They go to the big market teams. And with free agency, that's what all players would prefer to do. I mean, who wouldn't, really? If you are given a chance between Minnesota and Boston like Kevin Garnett was, you would do the same thing.

Even Chris Copeland didn't want to play in Indiana even though the team had a realistic chance to compete for a championship. That should tell you something about how hard it is to get players to play for the Pacers when role players don't even want to sign here.

In order for Indiana to get a superstar, they have to draft him and groom him into one.

So I have to laugh when I even hear thoughts of how the "media" thinks the Pacers should even consider not signing Lance or entertain thoughts of breaking up a team that has just made two consecutive trips to the conference finals.

It's time to look for better role players and not dismantle the team. And that process starts by re-signing Lance if they can do it.

For the media, it's time to start review what disgrace to the game really looks like.