Home Articles When to Call Timeout in NBA2K

When to Call Timeout in NBA2K 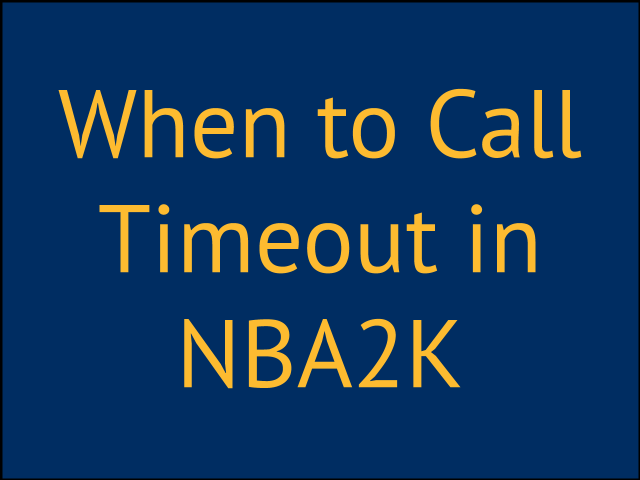 As a guy from Indiana, I grew up in the Bob Knight era. If you were a fan of the Indiana University Hoosiers during his tenure there, you know he was pretty adamant about not calling timeouts to stop an opponents run. He believed that you should use good execution to stop it. For most of my NBA2K career, I've also adopted that stance. In part because I was a Knight follower and also because it's kind of a joke in the 2K community that you need to call timeouts to stop either a human opponent or the HOF CPU even though you don't. Lately, I've started to question how I use timeouts mainly because I find myself in games versus opponents where we can go a whole quarter with no break and so I'm asking myself how realistic is that and should we be calling timeouts? 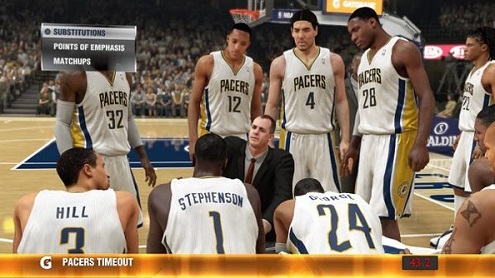 
Here is the section in the NBA rule book that talks about timeouts.

In real life, there are tv timeouts. These are "mandatory timeouts" that are called at the first dead ball after 6:00 and 3:00 in each quarter and there was another situation when tv timeouts would be called but I didn't have the energy to figure it all out.

It also seems that in real life, towards the end of the game, there are often a bunch of timeouts.


When To Call Timeouts


As I mentioned above, the joke around the 2K community is that you should call a timeout to stop a run. The thinking is that it will stop a team's momentum. I think most people think the mere "act" of calling a timeout is what stops the momentum. In actuality it's the execution after a timeout that matters. If you don't execute, then it doesn't really kill momentum.

So let's look at times when you want to call a timeout.


Those are some good times to call timeouts even though guys often save all of their timeouts until the end and can't use them all then anyway.


How To Call Timeouts In NBA2K


To call timeout, you can either pause the game and select timeout from the menu or on the Playstation, you can just hit R1 and L1 at the same time. Then you select what kind of timeout you want. You can choose either a full time out or a twenty second time out if you have used it yet.


What Do People Really Do During A Game Of 2K?


That's the basic primer on timeouts. So let's talk about what happens in game situations sometimes. There are basically two types of players. Guys that set the timeouts to auto and let the computer handle it and those who don't. If you have a guy on auto timeouts, then you won't see a problem with no breaks in play.

If you do set your settings to auto timeouts, you might hesitate before you call a timeout manually. I have often called a timeout only to have the auto timeout called right after.

As far as the manual timeout callers, here's what I have noticed:


What To Do During A Timeout


Once you are in a timeout, you'll want to kind of go through a checklist of items you want to do. Here's mine:

I often don't adjust anything. If the game is going how I want it, I might not make any adjustments and just rest.


How To Be More Sim With Your Timeouts


If you could consider yourself a sim type player, where you are after realism, I think it's probably essential that you call timeouts. I don't think it's really fair to criticize someones on court play and then not call timeouts like you are supposed to. If you forget to call timeouts, then you might want to put them on auto.

Here are some other suggestions for being more sim with timeouts.


Regardless of what you do, I think it's important to save at least two timeouts for the end of a game. You might need them if the game turns out to be close.

Is it critical to think about this? Well it depends on your level of sim and how far you want to take it. Depending on my opponent and my game plan, I've started calling timeouts at certain breaks and at times listed above. So, I've changed my approach a bit from when I started just to be more realistic.

Let me know how you guys approach timeouts below.

i usually call time out at the 5-min mark (11-min game play HUMAN to CPU) to sub a big man (eg. Sacre) or old player (eg. Kobe) who usually expend his energy faster than normal guys at the first quarter.

however, i realise CPU most of the time would do that and so, i will call time out a few moments after the CPU called it. this is because for most of the time, the CPU will pick up its momentum and score on me fairly successfully. i will need it to stop their momentum.

it is during this time i will sub most of my starters out and leave one in the game. when comes to the last 1 min of the quarter, i will have my second unit to play until late second quarter (or 4th if i'm at second half).

this strategy allows my star player to be fresh and capable to score with high shooting percentage when he's on the floor. however, i can hardly score more than 50 points for my star player.