The Story of NBA2K MyPlayer Coach2K

NBA2K MyPlayer Coach2K grew up in Indiana playing basketball in his parents driveway on a court that was part cement and part gravel. His family was never big on basketball and they told him that you had to have a name to make the team. But Coach2K loved basketball and was often seen shoveling snow off the court to play in the winter and shooting after the sun went down during the summer. 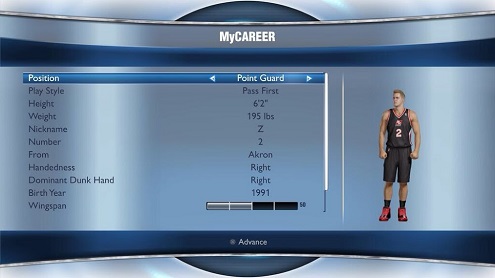 [catalyst_hook_box name="googleinpost"]After high school, Coach2K decided to attend Akron University, home of the Zips. He had more success in Akron than he did in high school and was named the MAC Conference Freshman of the Year in 2010.

Coach2K ended his Akron college career the schools leader in points (2622), assists (528) and steals (278). His teammates eventually nicknamed him Z because they said he put the "Z" in Zips.

His play helped Akron make two trips to the second round of the NCAA Tournament and those games got him recognized by scouts who invited him to the NBA Rookie Showcase in New York.