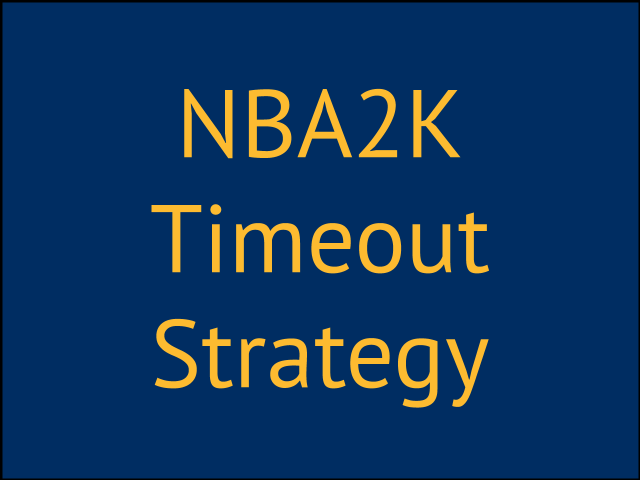 With the C2K League playoffs coming up, our commissioner, PSN alabamarob, made an official change in league play. Specifically, the change he made was to not allow a player to pause during the game and make any changes. Once the game starts, the only changes that can be made are the ones allowed on the fly with the d-pad or that are available in the timeout screen.

This got me thinking that it might be good to talk about exactly to do during a timeout to make the most of it. The best approach I think is to use the menu that pops up during a timeout as a checklist to remind you of what steps to take and to take them in that order. As far as when to call your timeouts, check out my post about how to use your timeouts in NBA2K.

Here are the options that happen and some things to think about as you choose each one.

That's a summary of what to do and consider during a timeout. Keep in mind that you can make subs and adjust POE's on the fly while playing. The best time to do this would be during a free throw attempt and so what our commish has also requested is that opposing players not speed through the free throw routines. This would allow the time to make changes like that.

But as far as the other changes, to create more realism in the game and to prevent users from adjusting other gameplay settings from manual to auto, we no longer allow any changes except for what you can do on the fly or in a timeout.

What are some things you think about during a timeout?