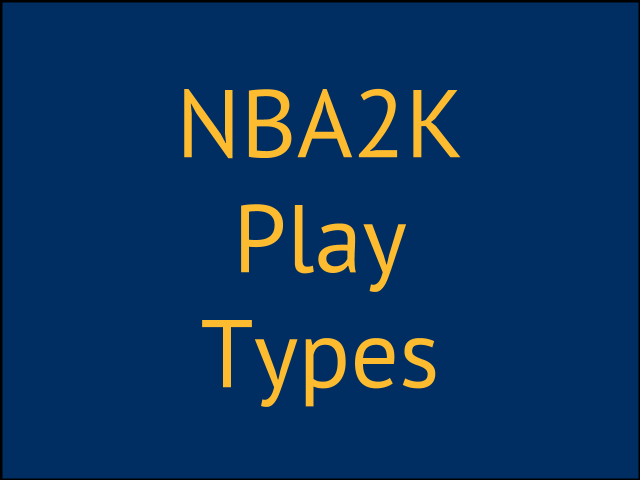 NBA2K gives you several play types that you can assign to your players. To help you make sense of these play type options, I compiled a list of each of the different play types available. I also included a short description of what those type of plays do and in some of the play types included a video example of a play so you can see what one looks like in action.

In all of the videos, the play is ran against the cpu or versus a user on hall of fame difficulty, simulation sliders.

That's a summary of the NBA2K play types you can choose from in the game. If you decide to work on getting your players better looks with plays, assigning them the proper play types is the first step.

The next step is take a closer look at all of the plays within that play type which I'll focus on in a different article.

I would like to learn how to beak HOF CPU