Home Articles PlayNow How To Play Sim Defense in NBA2K

How To Play Sim Defense in NBA2K 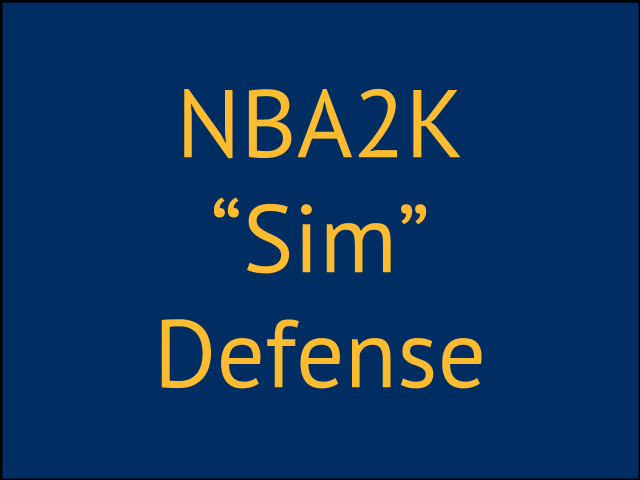 After dealing with tons of users managing my C2K League and playing tons more, I've developed a pretty strong opinion on what is and is not considered cheese.


My Definition of Sim: Work first to play in a way that reduces what your opponent can complain about, next to play like real basketball and finally work to play basketball like your real team would.

Contrary to what most people might think, more cheese happens in NBA2K on defense than it does on offense. Probably the number one reason people quit league play was not because of things people did on offense but more because of tactics that were used against them on defense.

What I've found even more interesting is that guys that wouldn't even consider cheesing you on offense, won't think twice about doing it on defense. I remember one guy constantly complained about all of the things people did on offense as he sat in his 1-3-1 defense on every possession.

So what I'm going to do today, is lay out three things:


Let's talk first about some of what I think is the most common cheese on defense.


OK. So those are some of the things I consider cheese that people do. Let's talk about what I like to see people do on defense and why. I'm calling this sim defense not because it simulates a certain team but because it forces YOU to play the defense and just doesn't allow you let the computer play defense for you.

I've talked about what I think is cheese and my basic defensive principles. Now I want to talk about why I feel the way I do.

Those are my ideas on defense. I know that for many of, you'll have your arguments for and against many of these ideas. That's OK.

I still play everybody regardless of playstyle and say feel free to play how you want. But if you want to know my opinion. Then there you have it.

Let me know your thoughts in the comments below and feel free to follow me on Twitter to get the latest on my C2K Pacers.