How to Play Sim Basketball in NBA2K 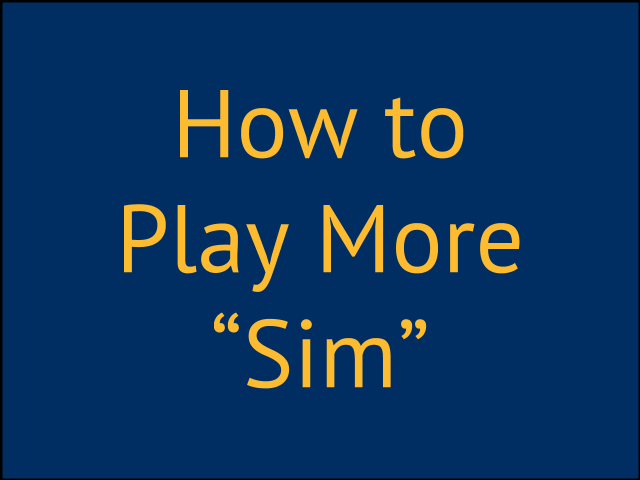 When I first started playing NBA2K, I played a whole season versus the CPU on pro difficulty winning a championship with a team I'd never use now - the LA Lakers. I don't know what I was thinking.

Anyway, it wasn't long after that, I found out that you could play games versus other human opponents. I liked that idea. I wanted to play against a person who could think and adjust.

It was also around this time I switched from the Lakers to the Pacers and began playing games with them in quick match.

Quick match was a whole different arena. Suddenly, I found myself playing the best teams in the game over and over, swarmed by full court defense, guys taking charges, traps everywhere and getting blown out. It was like a bunch NBA2K warriors fighting to the death.

I wanted to play a better game than that.

Back then, not as many people recorded games and I wanted to find users to play. So, I put an offer out there to record games of people who agreed to play me and in exchange I would then put that footage on YouTube whether I won or lost and some guys took me up on that offer.

One of the reasons I did that was because I wanted people to criticize my gameplay so I could learn how to put a better game on the court. I wanted to use the feedback I got to find out what I shouldn't do in the game.

What's cool is, if you have a PSN username like www-Coach2K-com - as opposed to one say like hellokitty23 - people are more than happy to say your game stinks here and here and here. And oh yeah, here too.

I also got feedback about the play of the users I played. They didn't all bring a clean game either. Many of them brought their quick match mentality to my games. So I learned what people liked and didn't like from my play and also from there's.

As I got that feedback, I slowly tried my best to get rid of what people didn't like with one goal in mind - to win or lose games against users in a way that people could feel like they got an enjoyable game.

And while I can't do that in every game every single time or make everybody I play a happy opponent, I can do it often enough now that I don't ever play quick match anymore and spend hours playing users that care more about their game.

Chances are if you have played other users, you've experienced a similar path as I have. Someone will eventually tell you that what you are doing is cheese and you aren't playing sim basketball.

So the purpose of this discussion today is to help you get started finding ways to put a cleaner more respectable game on the court.

This is not the complete guide to sim ball.

It's just a collection of simple things that you can start with that will serve as a foundation for putting a better basketball game on the NBA2K court.


There's a list of things you can do to improve the quality of the game you put on the court. I'm sure there are other things I could add, but that's a good start.

Remember, you don't have to become the player you want to be overnight. It's ok to do it in steps and improve your game over time.

If you have any tips you want to add let me know in the comments and follow me on Twitter for my latest games.