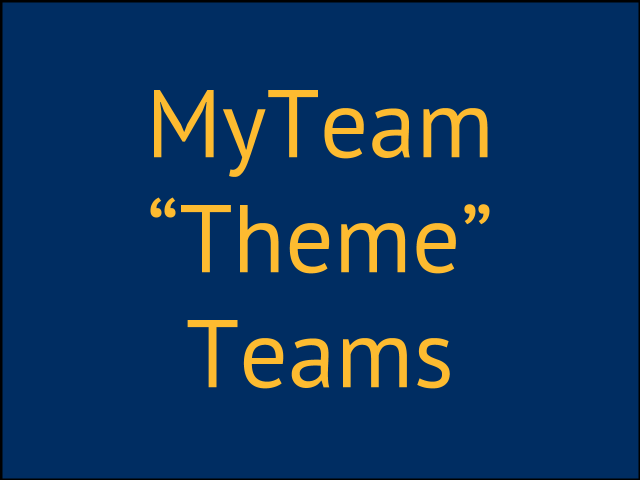 Whenever I start playing MyTeam, I think it's a good idea to have an idea of what kind of team you want to build from the start so you know what players to buy. I call these ideas for MyTeams, "theme" teams. Theme teams aren't necessarily put together to beat every team you face but instead are put together to see how your theme can compete and for fun. You'll be a lot more interesting opponent to those that appreciate basketball and probably have a little bit more fun.

Let's go over the three teams I usually build in MyTeam and then I'll share with you some other ideas you might want to consider for yourself.


Right from the start, I always have three "theme" teams I want in MyTeam. I typically only accomplish the first two ideas and I'll explain why I don't focus too much on my third team in a second.

As a side note before we get started, I've also gone a step further and customized my arena and uniforms in MyTeam to match my theme. Here's some good video of it.


Here are my specific theme teams:

Alright. So those are the teams I try and build. You might like my theme teams but if not, I've compiled a list of additional ideas of teams that you might want to put together in MyTeam.

OK. Let's get started going through some additional ideas you can choose from in MyTeam. These aren't in any particular order.

I'm sure you can see the ideas for some pretty incredible MyTeams can be put together even beyond what I've come up with.

What kind of theme teams do you use?

Let me know in the comments what kind of theme team you are running with or if you have any other ideas that might be good for MyTeam.

Also while you are here, sign up for my free email updates below.